Please see below a provisional schedule for the 2017 British Chess Championships. It outlines the tournaments that are intended to be organised, subject to any comments received – a questionnaire will be distributed at the Championships themselves and on the British Championships website about the specific arrangements regarding some of the events within the schedule. General comments on the detail of the schedule are welcome.

The dates and venue for the 2017 Championships will be announced in due course.

A questionnaire was circulated to a number of players rated between 2200 and 2400, asking them the reasons why so few of them played. The majority of the replies cite the length of the Championships, which makes it difficult for them to get time off work. The questionnaire commented that players in this range would be far more likely to play if the Championship was shortened from two working weeks to one. This suggested the 9-round format we have included in the schedule.

This notwithstanding, it might have been possible to still organise the Festival over 14 days as at present, while still shortening the Championship. However, it was felt that this was undesirable for other reasons:

(3) The increasing likelihood of major FIDE events clashing with the Championships (e.g. FIDE Grand Prix 2013, Olympiad 2014, European Seniors 2017). Shortening the festival gives us a greater opportunity of avoiding clashes with these events.

The schedule has attempted to organise as many of the tournaments that we organise at present, and the Manager of the British Championships, Director of Junior Chess and Director of International Chess have been involved in its production.

The biggest change other than to the main Championship is in the junior tournaments. The odd-numbered age groups will be subsumed within the even-numbered age groups; for example, the Under 13 prizes will be awarded within the Under 14 section. There are some outstanding questions regarding the precise nature of the junior events, which will be included in the aforementioned questionnaire. Time is being deliberately set aside in the schedule to provide for specific junior coaching sessions. These changes together will enable juniors to play in a tournament that very closely mirrors international junior tournaments, which will be beneficial for those who have aspirations of representing their country in the range of junior events that each of the British Federations sends representatives to.

Additionally, the graded tournaments will be held in the morning and afternoon. There has been feedback in the past about providing grade-restricted tournaments, rather than just open tournaments, in the afternoon session. We have been able to accommodate that within this schedule.

We welcome comments on detail of this schedule, which may be taken into consideration before the final version of this schedule is published. To do so, please use the Ask the Directors facility at http://www.englishchess.org.uk/ask-the-directors/ – and direct your question to Alex Holowczak, the Director of Home Chess. 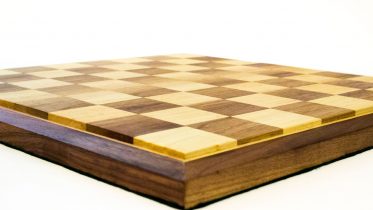